Most of the media are refusing to name the so-called “whistleblower” who started the phony “Ukraine Scandal” that led to the impeachment of President Donald Trump.  I am not afraid to print his name above.  He worked for Barack Hussein Obama’s CIA for years; everyone in DC knows him, and also knows full well that he despised President Trump, and wanted to do anything he could to bring him down.

Here is his picture, “shaking” hands with Barack Hussein Obama. 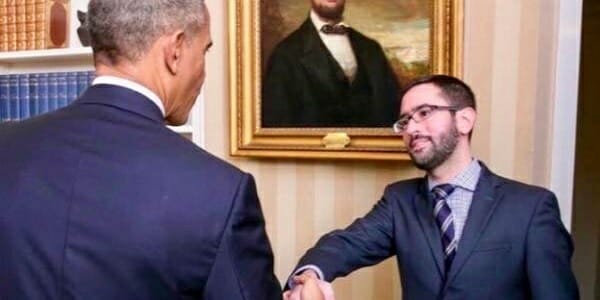 Well, Eric Ciaramella, it didn’t work, did it?  Donald Trump is still the President, and your name is MUD.