There has been a great deal of commentary regarding Mrs. Clinton’s recently-released book, in which she tried the “poor me” defense.  So far, she hasn’t been able to pull the proverbial wool over the eyes of most potential purchasers (I heard that the publisher printed over one million hard copies, and fewer than 15% have sold).

I do have to agree with Rush from way back in 2008-would you want to watch Hillary age?!

I have always thought of myself as a “chamber music groupie”.  I volunteered back stage at the Seattle Chamber Music Festival for many years, so I could meet the artists who performed there.  I did get to meet many awesome musicians, and I am proud to call them friends.  I’m no longer a volunteer, since the festival moved to a venue that has its own stage crew; but it’s a thrill when I meet my favorite people in the lobby, and they ask how we are doing.

So this summer I jumped at the opportunity to attend Curtis Summerfest, an adult chamber music and orchestra workshop at Curtis Institute of Music in Philadelphia, with my husband who plays the clarinet.  We really were in the presence of greatness for four days (a truly working vacation).  The workshop was held in Curtis’s new Lenfest Hall, which houses student dorms (for the first time, regular Curtis students have a place to stay on campus, instead of having to spend lots of money on the very expensive housing in Philadelphia); a cafeteria, practice rooms, student lounge, library, and Gould Rehearsal Hall.  Hubby played in the Reading Orchestra and chamber music, while I just did the chamber music.  People came from all over the country for the third Summerfest, and there were many who had been before and already knew each other.

The workshop started on a Thursday, with check-in in the afternoon, dinner, and reading orchestra in the evening.  We discovered that we had a four-bedroom suite to ourselves, but it still felt like the college dorm with the extra-long twin beds!  While Hubby was in orchestra, I took my book (and camera) out to the beautiful fifth-floor terrace and enjoyed the skyline and beautiful flowers.  After his rehearsal, we took a long walk around downtown Philly, which is eminently walkable.

The next two days were filled to the brim with chamber music coaching sessions, practice in the chamber groups, and orchestra rehearsals.  My group consisted of three violinists, and one switch-hitter who played piano and flute (not at the same time!).  The original piece we had been going to play just turned out to be way too complicated, so we practiced, and were coached on, our “backup” piece (a Telemann concerto for four violins, with flute taking one of the violin parts).   Now comes the “greatness” part.  The co-Director of Summerfest was Mimi Stillman, an awesome flutist, and youngest flute player ever admitted to Curtis-when she was 12!  She coached our group once, and everyone got something to work on.  Besides, she is just a delightful lady, and smiles were seen all around.  One afternoon, one of our violinists had to be absent, so we had a “ringer” sit in with us for our practice time.  Antony Verner proved to be a high-class substitute, and really added to our knowledge of our piece.   Our other coaches were Amy Sue Barston, cellist, Soovin Kim, violinist; and Ashley Hsu, pianist (Curtis student).  Everyone in my group just loved all of our coaches, and we worked very diligently to improve our own playing, and the group dynamics.  We all slept well every night, since we were so exhausted, but exhilarated at the end of a busy day.

In my group, I was the only resident, as the other three lived within driving/commuting distance; I appreciated the evening time to wind down from a strenuous day, and I got in a fair amount of exercise traipsing around Center City (the local term for downtown Philadelphia).  There was an outdoor juried art show going on in Rittenhouse Square Park, and I noticed more than one painter was showing “still life with violin” paintings!  Maybe the Curtis spirit is felt all around.

Saturday night, the Reading Orchestra gave their performance, of the Overture to the Barber of Seville; a movement of Mozart’s Piano Concerto K491 with Amy Yang, piano; and two movements of Beethoven’s Seventh Symphony.  For a group that only had a few rehearsals, they did well, and were loudly applauded by the welcoming audience of friends and family.  Another offering was a bunch of “piano four hands” groups, and it was fun watching and listening to two people playing at the same piano!

Sunday morning and afternoon, the chamber groups gave their performances.  Every group played their very best, and were warmly welcomed.  There were a wide variety of groups, from dueling violas, piano trios, a mixed wind/strings group (Hubby’s group), string quartets, and our 3 violins plus flute.  We were all proud to play for our new-found friends.

After all the performances were done, there was a reception out on the rooftop deck, where everyone could relax and enjoy the feeling of a job well done, and gorgeous music played.  As I have mentioned in my previous blog post from 2012, Curtis Institute of Music is a truly magical place, and we all felt like we had spent three days in the presence of greatness.  Musicians such as the Guarneri String Quartet, Gary Graffman, pianist (also head of Curtis for many years); Ida Kavafian, violinist, and Rudolf Serkin, pianist (also head of Curtis) all got their start or made their names at Curtis.  Not for nothing is Curtis the world’s premier music conservatory.  It is awe-inspiring to get a taste of greatness there, and hope maybe some of it will rub off on you.  [See more Summerfest photos on the My Photos page]

It says it all by itself.  True, too. 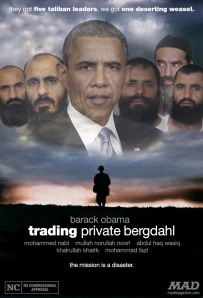