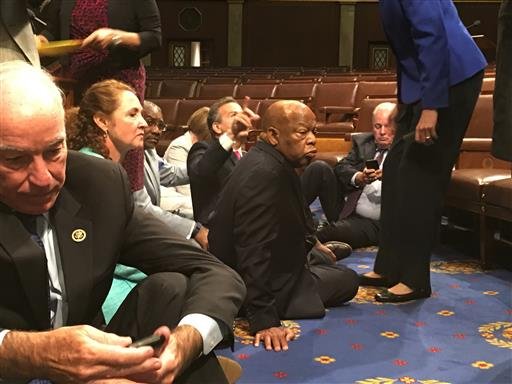 This is how the modern Democrat in Congress thinks these days.  Tonight will be a big speech to both houses of Congress by the 45th President of the United States (yes, he won, you lost).  And the crybabies in the loser Democrat party are wailing, gnashing their teeth, and planning ways to protest the President’s speech.  They are simply lost in the 1960s.  As the President has said before: Sad!  And, frankly, disgusting to see such puerile, juvenile behavior from adults.  And the worst part of it is that the senators from my state are going to be right up there disrespecting and protesting the legally elected President.