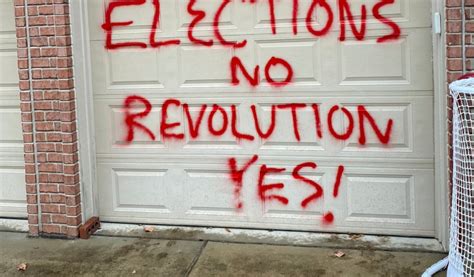 The article below is copied in its entirety from a post on Ricochet.com Member Feed, by Ricochet member Front Seat Cat.  With permission.  Spread this news to anyone you know, America is in grave peril.

“The Europeanized USA” by Dr. Alex Joffe, published at the BESA Institute, is worth your time. This story sums up, in a not so tasty nut-shell, how the last bastion of the Free World – The “United” States of America is doing, and how both our allies and enemies are viewing our current “situation” (demise).  Here’s the opening:

“America is undergoing a rapid transformation founded in a moral panic over race that masks the exercise of class-based power in which technology companies and left-wing politics have united to wield unprecedented control. The outcome will likely be a union of Europeanized states where freedoms are severely curtailed and social cohesion is minimized in favor of dependency.”   A slap in the face of Lady Liberty at best, who welcomed our ancestors to her shores –  a place of safety and freedom, based on a Declaration, and a Constitution, written with the blood of patriots, and the courage of those that fled the tyrannical control from another continent.  At its worst, the imports of slavery and inequality, who saw its imperfections and ugliness, through MLK and JFK and sought a path of reconciliation and opportunity – paths only found in a free society.

What does our country currently hold for those who look to her for guidance as new storm clouds gather – dark clouds that some recognize from only 75 years ago? Let’s observe the following from the story (the bold and underlines are mine):

“Several processes familiar to Europeans have taken hold with ferocity in the US”:

Many more examples could be cited. Fundamentally, the issue is a matter of a left-wing technocratic ruling class exerting power using new rhetoric regarding “hate,” race, and gender.

A haphazard re-engineering of America is taking place at breakneck speed.

That this is the antithesis of representative democracy and the utter undoing of American tradition could not be more apparent. Nor is the fact that this process is managed by a technocratic left-wing oligarchy that has a near total grip on the country’s institutions, including government, media, education, and corporations. ”  by Alex Joffe, published in The Begin-Sadat Center for Strategic Studies.

There is a window that is closing – the pot is coming to a slow boil and we the frogs, are asleep.  Take this time to post, blog, write, publish, talk, share, protest, and stand up for freedom while we can.  For all of our faults, The United States is the last bastion of freedom, and the world is watching – both our enemies and allies.