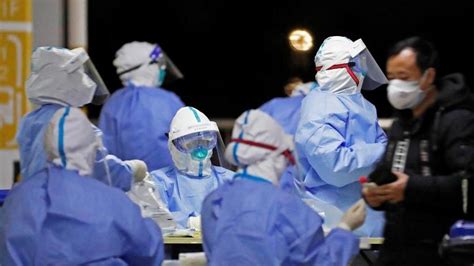 If you have been following the news lately, you might be aware of the dire news out of mainland China, and its most vital city, Shanghai.  Since early 2020, the Communist Chinese have had a “Zero Covid” policy on the mainland and in Hong Kong.  This policy involves attempts to stamp out any outbreak of Covid infections, anywhere in the land, by instituting targeted lockdowns and mass testing, to find, isolate, and stop infections.  If you believe the media, Communist China has been incredibly successful with this strategy, and they boast of their very low infection and death counts.  They also boast of their home-grown vaccines (which have been shown to be relatively ineffective).

This year, that strategy has started to come apart.  In Hong Kong, the entire multi-million population territory has been subject to lockdowns as their case numbers increase, due to the rapid spread of the Omicron virus.  The Communist Party initially left it to local authorities to stop the spread, but began to intervene once it became apparent that interventions were failing, and deaths mounting.  Those interventions have failed.

The situation in Shanghai is especially dire.  The Communist Chinese are discovering what the rest of the world has been aware of for many months, that the Omicron variant spreads like wildfire, and cannot be stopped by any means known.  It infects even those who have been “vaccinated and boosted”; the only saving grace being that symptoms are generally mild, and most everyone infected recovers.  We are now hearing stories out of Shanghai, of residents locked into their multi-story apartment towers and forbidden to leave.  We see press stories about people screaming from their apartment balconies that they are starving, unable to replenish their food supplies.  Below is part of an article on the Epoch Times Web site:

After four days of trying to order food online to no avail, a man of about age 30 from Shanghai’s Yangpu District called the police. The sealed-in resident wanted to know if he would get fed if he charged out of his residential compound and got arrested for breaking quarantine rules.

His food purchase placed through the local neighborhood committee six days earlier had never arrived, and the hunger was giving him stomach cramps, he said.

“The neighborhood committee told me to ‘endure,’ I have endured four days. All that’s edible is gone except for water,” he told the police in a call, the recording of which he later posted online. “Every evening, when I tune in to the news at 7 p.m., all is portrayed as peaceful and well and brimming with a sense of security. I don’t know about this security.”

But the police’s answer dashed any hopes for a food source. Even if he got arrested, they would just send him right back home, the officer said, noting that the police station couldn’t accommodate him either.

The man’s desperate attempt to fend off starvation represents a microcosm of the suffering experienced by many residents in Shanghai amid a lockdown that the communist regime has imposed, insisting that it’s the key to containing a surging Omicron outbreak. Residents in some districts have been sealed inside their homes for more than a month.

City authorities only started easing lockdowns on April 11, under mounting pressure. But the hardline policies have crippled the city’s economy and wreaked havoc. In the Chinese financial hub that’s home to 26 million people, feelings of hunger, frustration, and desperation are taking hold. 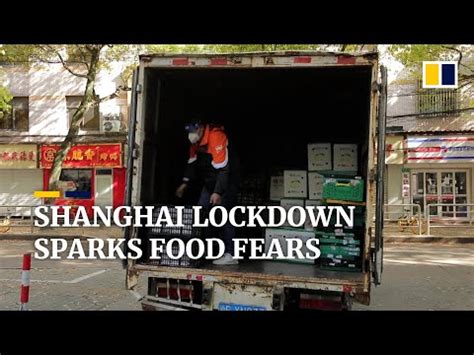 The Chinese Communist Party’s greatest fear has always been social unrest.  Since the very beginning, the government has tightly controlled its people’s access to information; giving them leeway to make a living, travel about the country, and even study abroad, but heavily curtailing any dissent.  The Chinese censors are well-known to be extremely active, up to and including taking down social media posts that contain “forbidden” words and concepts in real time.  All tyrants fear their own people, because they know that there are more of “the people” than the tyrants, and if the people reach a breaking point and turn on their government, they almost always win, regardless of casualties.

So the Covid situation, where Xi Jinping is so heavily invested in his Zero Covid strategy, has him and the CCP on a knife-edge.  With his torturous lockdowns, the beginnings of starvation in a modern city, and information being spread on their own internal media, Mr. Xi is in the process of creating that which he fears most.  The conditions imposed on the Chinese people cannot endure for long without uprisings.  And the CCP knows how easy it is for a mob to turn deadly.  That’s why they shut down demonstrations when they occur, and why they have forbidden any mention of 1989’s Tiananmen massacre.

Knowing that the spread of Omicron cannot be stopped once unleashed, I wonder how long it will take to spread to Beijing.  Because it will.  And then, what will Xi Jinping do?  This information has spread as fast as the Omicron variant, and there is now no way for Xi to keep the world from knowing what is going on in his country.  I hope that it is the Chinese/American Covid Virus which brings down the Communist regime in China.  It will be a just punishment.