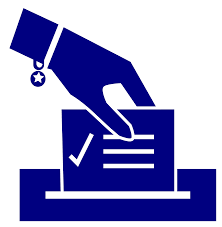 We certainly hope so!  In the coming midterm elections, Washington will elect a new Secretary of State, to replace the traitor Republican Kim Wyman, who left for a job in the Biden administration.  This being Socialist Washington, both the candidates are DemocRats, leaving us Republicans out in the cold.

However, we do have an alternative, who I found out about from my friend who has been active in the Washington State Republican Party for decades.  Former 8th District (Yakima) representative Brad Klippert is running as a write-in candidate for the office.  This site has information on the candidate, for those interested.  This site also has news and information.  I urge all my fellow Washingtonians to write in Brad Klippert for Secretary of State.  We might be able to make a difference.