My husband and I are fortunate to live in the beautiful Pacific Northwest, surrounded on all sides by water, mountains, green fields, and spectacular landscapes.  We are also fortunate to have been able to travel to many other places in this Greatest Country on God’s Green Earth.  Starting in our own neighborhood of Western Washington.

Just last week, I drove up to our Skagit Valley to meet a new friend, and spotted this flock of swans, enjoying the farmer’s green field.  The Skagit Valley has some of the richest soil in the country, and is the world’s second largest supplier of tulip bulbs, after the Netherlands. 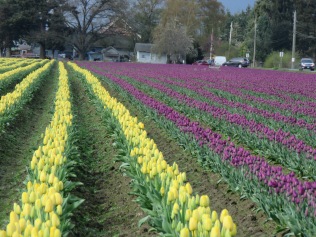 Farther west, across Puget Sound, is the Olympic Peninsula.  You take a big ferry to get there, then drive farther west to towns on the Washington Coast, or the Straits of Juan de Fuca, across which is British Columbia, Canada.  The Dungeness Spit National Wildlife Refuge is near the town of Sequim, and we go there often.

The left photo is taken from the path down a high bluff to the beach, and the right is taken looking south from the beach.  The Spit is five miles long, and there is a lighthouse at the end.  You can walk the entire way, but it is a very strenuous hike there and back.

My husband grew up in New Jersey, and we have been there twice together.  In 2012, just before Sandy hit, we went to a function of his Polish Catholic Church in Camden.  Later, we took a drive to the Jersey Shore.  It was October, but the weather was fine, and there were no crowds on the Atlantic beach.  Except for all the seabirds. 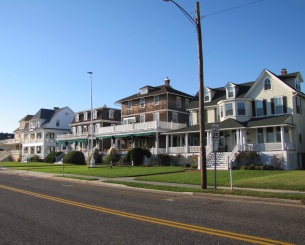 Mixed flock of shorebirds, Cape May

I just fell in love with the huge houses a street away from the beach.  They are all summer rentals, and were pretty deserted when we were there.  If I lived in one, I’d sure stay all year.

We have visited our share of National Parks in our travels.  In 2013, on our way home from Las Vegas (again in October), we visited the Grand Canyon, Bryce, and Zion National Parks. 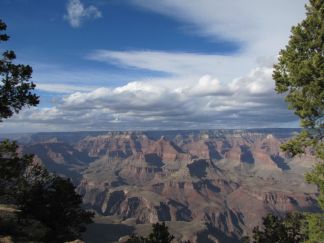 One of the lesser-known National Parks is Theodore Roosevelt Park, in North Dakota.  The scenery there is somewhat of a mashup of Grand Canyon and Bryce, and there are some really weird-looking rock formations.

Those “balls” are actually called “cannonballs”. 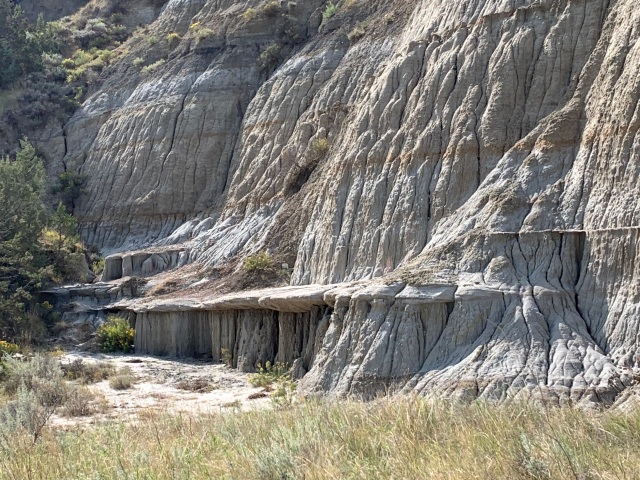 This is the bottom of a hillside.  Below is a wider view. 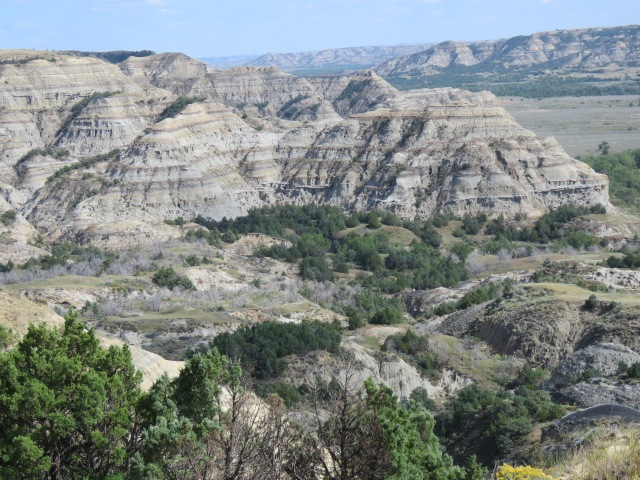 My belief is that running water is Nature’s Original Music, so I especially like rivers, and waterfalls.  On the same trip where we visited Theodore Roosevelt National Park, we were driving around South Dakota, and visited this wonderful ground-level waterfall. 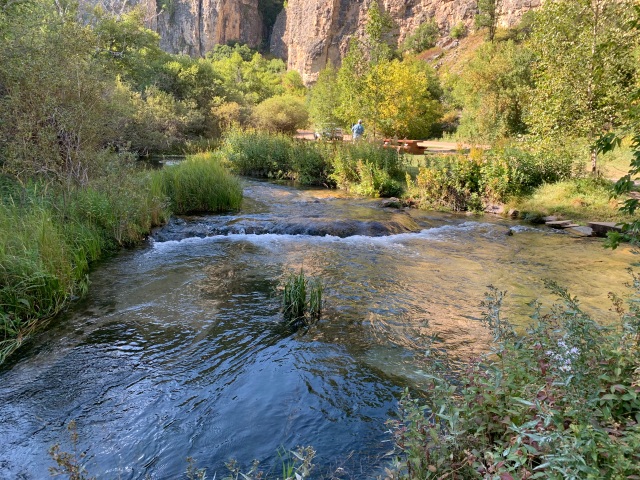 There are few things as peaceful as a little waterfall.  I sat near it and just tuned everything else out.  It’s called Roughlock Falls.

And then, there are the Really Big Falls.  Like one that is just a few miles from our home in Washington.

The power plant at Snoqualmie Falls has been providing clean electric power to Western Washington for over 100 years.  When we visited Upstate New York, I was impressed by the falls that cut through layers of shale, where you can see all the layers like pancakes.

That’s Hector Falls on the shore of Seneca Lake.  I took this photo from the deck of a sailboat on the lake!

This waterfall is in the famous Watkins Glen.

The airplane has not only allowed us to travel around the world faster than anyone could have believed 100 years ago, it enables us to view our country from far above.  It really impresses you how beautiful our continent-wide nation is, when you see it from an airplane at 30,000 feet.

Here’s the Link to Tina’s Original Post for this week.  Thanks, Tina!