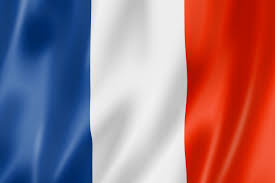 This past week, Hubby and I were fortunate enough to attend the World Men’s Squash Championships in Bellevue, Washington.  He went all week, and I attended the quarter-finals Friday, semi-finals Saturday, and exciting Final match on Sunday.  There were players from all over the world.  South Africa, Egypt, USA, Canada, Finland, Pakistan, England, France, and Australia were some of the nations represented.  All the matches were demonstrations of awesome talent, in a sport that is not very well-known.

We were on the edge of our seats on Sunday, when Gregory Gaultier of
France beat Omar Mosaad of Egypt in straight sets.  Normally, squash spectators are pretty quiet, riveted by the demonstrations of strength, stamina, and skill of two players smacking the small white ball around the glass court.  But individuals would call out their favorite player’s name, urging them on.  The audience erupted in loud shouts when Gaultier put away the last shot giving him the World Championship.  Vive la France!!