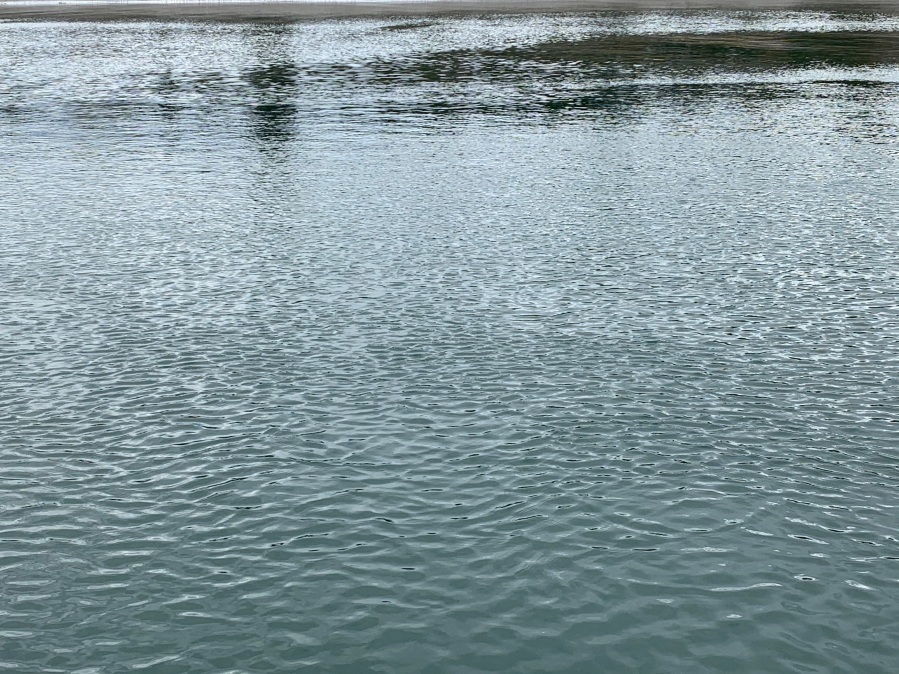 Today’s challenge is a “You pick it”, and being that it’s April 4th, I decided to make my post about April.  April is the first full month of Spring, and the lengthening days bring out so much new growth in all the plants around us, you can’t help but notice.  For me, the most important occasion in April is my birthday, on the 16th.  Unfortunately, there are also a bunch of negatives about April, including taxes due (my Federal taxes and local property taxes are both due in April), insurance payments due, and, this year, some expensive dental work scheduled.  Well, enough of the downsides, let’s take a look at some of the upsides of April.

Yesterday, Hubby and I took an early-Spring drive up to our favorite place, the town of LaConner and the surrounding Skagit Valley.  The Tulip Festival is going on this year (it was canceled last year), but we found that the tulips are not quite blooming yet.  We did, however, find a field of bright-yellow daffodils.  Nothing says April like flowers! 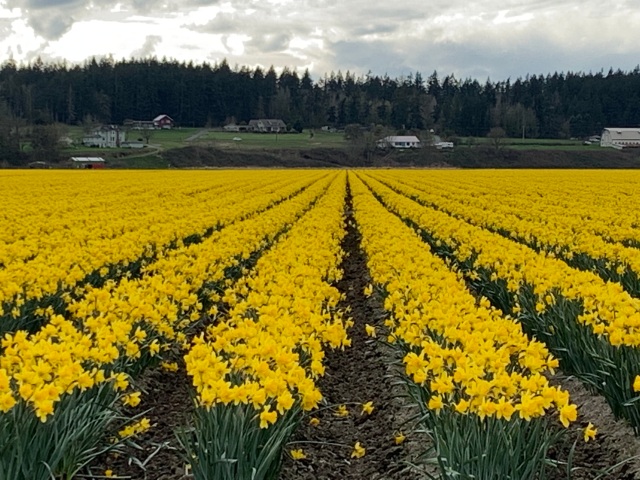 Those houses on the hill behind, have a most beautiful view out over the valley.  When we go there, we normally park on the street outside the LaConner Marina.  Yesterday, there was a bit of wind, but not too much, and the marina was very calm.  All the boats were in their slips, and the atmosphere was quite relaxing.

On the bank, just to the right of this scene, there is a stand of pine trees that looked especially Japanese. 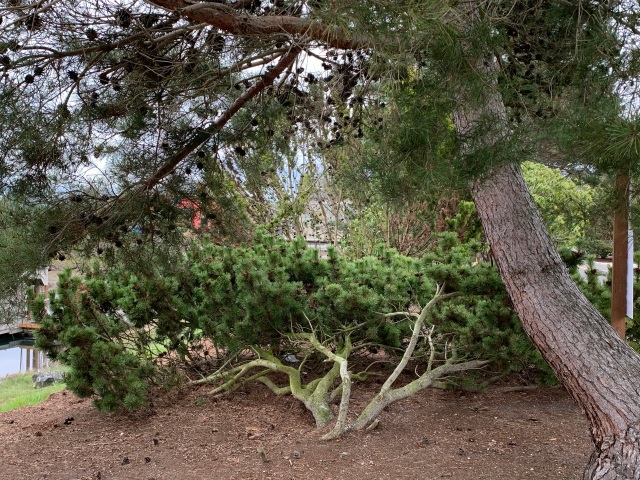 My husband said he thought the tree that is so low to the ground might be a “retired Bonsai”.

From the marina, we walked toward downtown, and stopped at a little park at the side of the Swinomish Slough which runs along the west boundary of town.  It is quite tidal, and at certain times of the year, the incoming tide can run at 3-4 knots.  Here, you can see how very low the tide was when we got there. 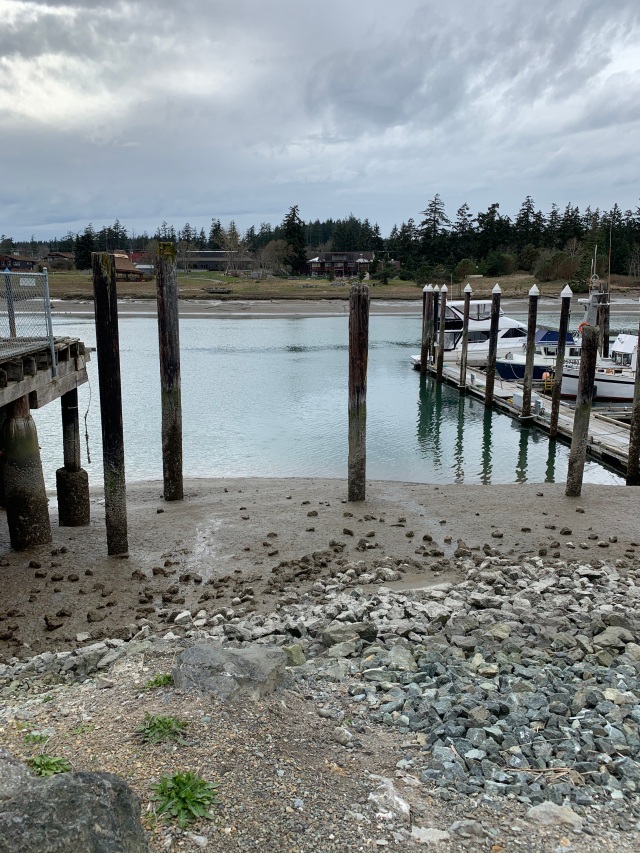 Across the Slough is the Swinomish Indian Reservation, and they have some very unusual picnic shelters right on the water.  Here’s another indication of how low the tide was. 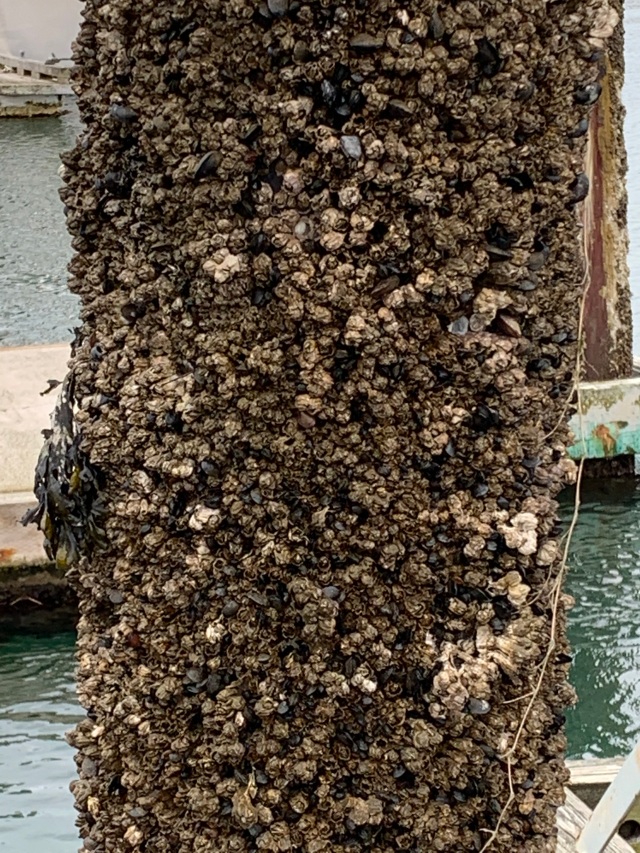 Those mussels and barnacles are normally under water!

Just behind this, there are some boat slips along the Slough, and there were some very nice ones tied up yesterday. 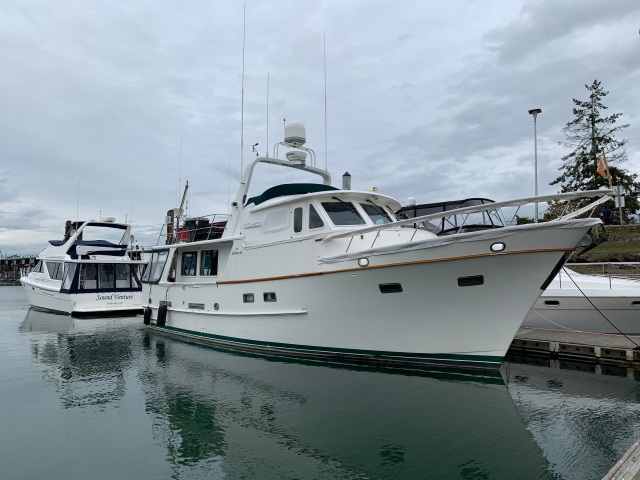 That yacht on the right is a DeFever 49.  One big boat! That’s the tide coming in.  I have always loved those ripples in the water.  They make the nicest patterns. 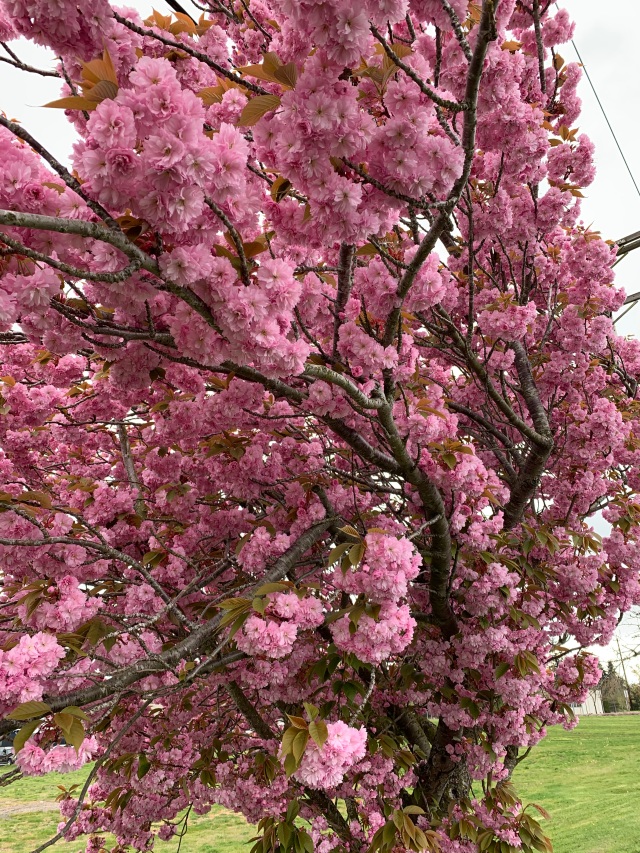 Last year, I was still working, and this tree was on my way to work every day.  The blossoms were so heavy, they caused the tree to lean over.  I don’t think I’ve ever seen such a profusion of blossoms on a tree, as this one has.

Our yard also starts to green up in April.  Last year, when everybody was locked down by the government, I’m betting many people found peace working in their gardens.  I’m sorry to say, I really don’t like yard-work, so we have the pros do ours.

April, 2019 was another story, however.  Our trip up to the Skagit found the tulips in full bloom, with crowds causing traffic jams both on the road, and in the fields themselves. 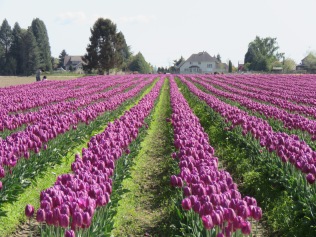 I also like to photograph all the picturesque barns dotting the Skagit Valley.  Farmers grow everything from blueberries to potatoes in the very rich soil. 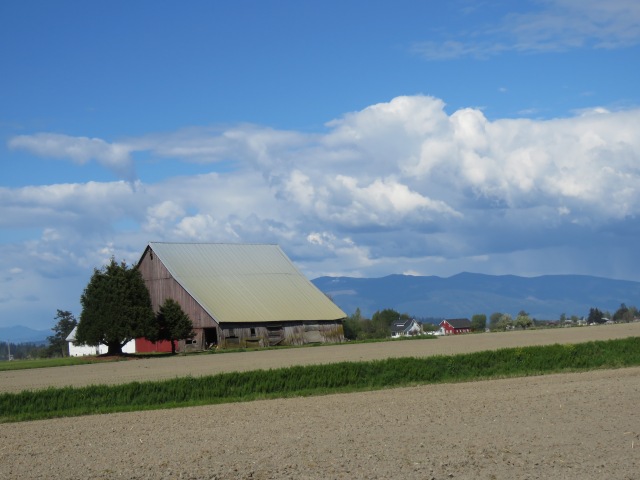 Skagit barns are built in a myriad of different styles, too.

In April, 2018, we took a short trip to Colorado Springs for a Hillsdale College function.  With my little iPod Touch, I captured this photo of the Rocky Mountains from the plane window. 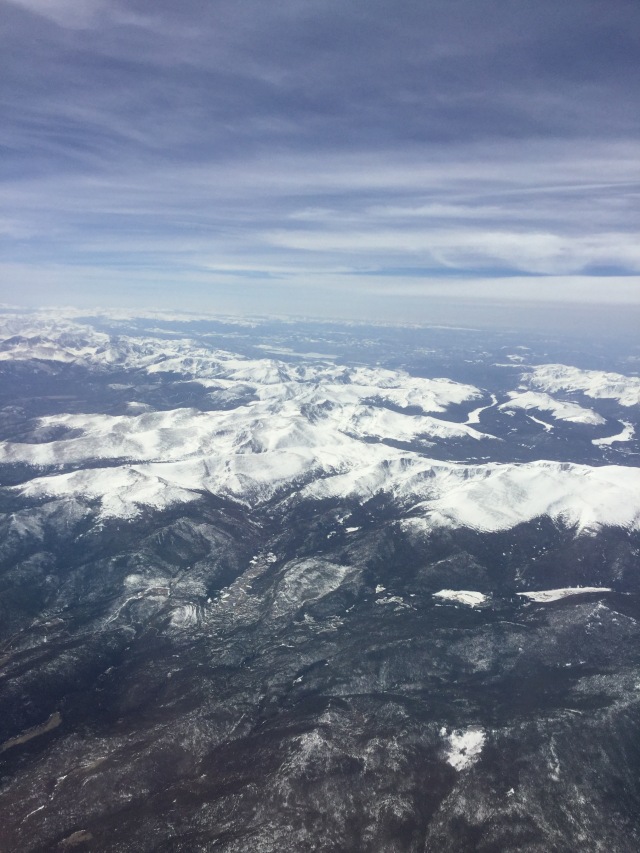 On the ground, I also was able to photograph the Rockies, from our hotel room window. 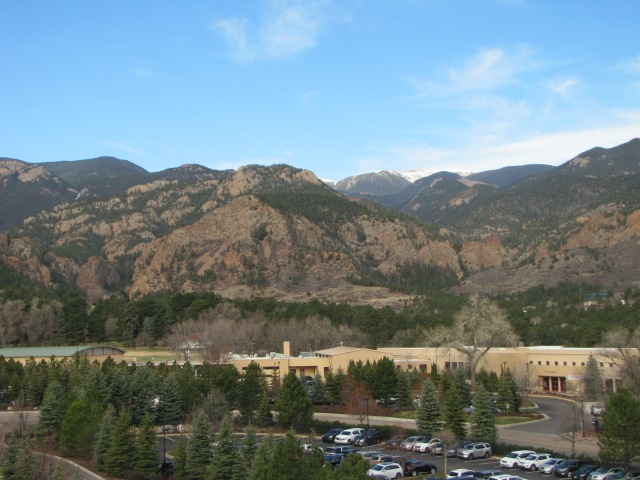 You know that old saying, April showers bring May flowers?  Well, April showers also bring rainbows!  I saw this one when we were coming home from the store, and I thought it was pretty spectacular.

In April of 2015, we went to Colorado Springs to visit friends.  They took us to the Garden of the Gods State Park, and we were delighted with all the beautiful red-rock formations there.

We also saw some wildlife.  We have these magpies in Eastern Washington, too, and I have always loved them.

And when we were at our friends’ home, we went out to the backyard and saw this visitor.  I thought the bird-feeder on the roof of the garden shed was very clever.

On that trip, we made a stupid boo-boo, not leaving enough drive-time to get to the airport for our flight out of Denver.  So, we ended up stuck at their new airport overnight.  Not letting the time go to waste, I walked around with my camera, getting pictures.  I thought this made a very nice abstract.  It looks like it could come from the Art Deco period, which has always been my favorite.

Happy April to everyone!  No fooling!