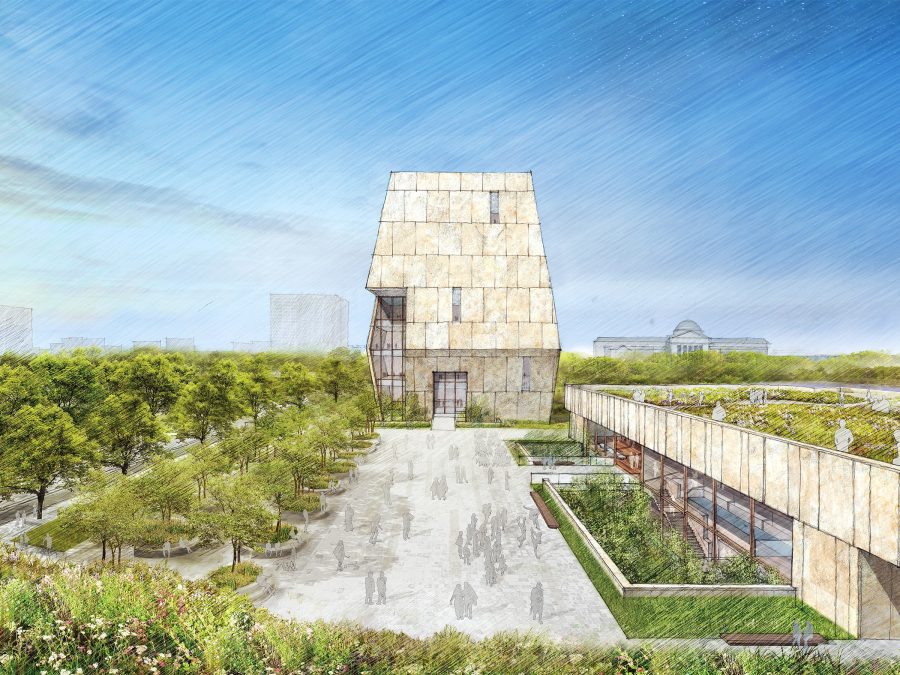 The well-known total narcissism of ex-president Barack Hussein Obama, got some great feedback today, on the subject of his Personal Library in Chicago (NOT his official Presidential Library).  It is not news that the Obama Steamroller flattened opposition from the neighborhood surrounding Jackson Park, to the decimation of numerous trees and other natural features which are being removed so his near-Pharaonic “library” (read: monument to his Ego) can be constructed.

So, today, James Freeman in his Best of the Web column in the Wall Street Journal quotes an article in the Chicago Sun-Times by Lyletta Robinson, about one of the sources of beauty in Chicago, being destroyed to satisfy the ego of Obama.

Earlier this month, the Women’s Garden on the Midway at Jackson Park was destroyed to make room for the Obama Presidential Center.

For those of us who live near Jackson Park and have become spoiled by its natural beauty, the loss was jarring.

Every foundation stone from the 1893 World’s Fair Women’s Pavilion was removed. Every plant from the May McAdams-designed garden was ripped out. Every tree was cut down.

When I pass the site now, I have to look away. What we’ve lost as a neighborhood and as a city cannot be replaced. But in all transparency, I have a weakness for old things — trees and buildings especially. So the erasure of that special place hit me very hard.

The Left destroys everything it touches, always and everywhere.  The Garden eliminated today will never come back.  Chicago is being remade into an uglier place.

One thought on “Barack Hussein Obama, contributing to the ruination of his adopted city, Chicago”