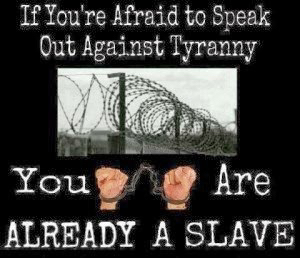 Most people will already be aware that Washington is a very Blue state.  The state has been ruled by Dictator Jay Inslee and his team of Health Nazis since early 2020.  Washington was one of the first states to declare a statewide mask mandate in July of 2020, and that mandate lasted until early 2021, when the various “vaccines” started to be released.  There are no data to indicate that the mask mandate made any difference in the spread of the CCP Virus, which continued to cause illness all over the state.  The mask mandate was modified to release those who had been fully vaccinated from the indoor mask-wearing rules; most stores immediately relaxed their rules for those who had been vaccinated, and never bothered to find out whether the non-masked had been vaccinated or not.  Still, in Seattle, many small businesses kept their own mandates in place, out of the usual “abundance of caution”.

That little bit of liberty was withdrawn again in August, due to the spread of the CCP Virus “Delta Variant”, which was more contagious (but did not cause an increase in hospitalizations or deaths, which have continued to drop).  Now, the State Health Nazis have instituted a statewide Vaccine Mandate for all State workers, which took effect today, October 18.  That mandate means that all school(K-12, higher-ed, public, private), state agency, transportation (including the ferry system), and others employed by the State of Washington must be fully vaccinated, or lose their jobs.  We have been publicizing the increase in protests against this mandate by various groups of government employees, but those protests have had zero effect on the rulers in Olympia.

A lawsuit was filed against the state Vaccine Mandate.  Today, that lawsuit was thrown out by a judge in Thurston County, allowing the mandate to take effect.  Seattle and King County also have a full vaccination mandate that will take effect a week from today, applying to all indoor venues like restaurants, bars, gyms, music clubs, and concert halls.  Seattle police are quitting or retiring in a steady trickle, upset by the mandate, and the poor treatment they receive from city government.

Today, there were a number of stories on my go-to local web site of KOMO TV and Radio. The stories reveal the mindset of many who live here in Western Washington.

First, a story about the Ferry System, which has been suffering from a labor shortage for a long time.  Many ferry routes are being reduced to one boat, on routes where the ride is an hour and many Seattle workers who live across Puget Sound are dependent on the ferry to get to work.  Here is what one ferry-rider said about the situation:

“There doesn’t seem to be much accountability to the ferry system and the people that manage it,” added Uhrich, saying more needed to be done in terms of a contingency plan to address staffing issues.”

“I think anybody that works in any capacity, be it Boeing or the state ferries or the state in general, who refuses to protect the rest of the citizens in the state of Washington don’t really deserve to have their job and they need to be replaced.”

Then there is an interesting story about a Head Coach at Washington State University.  This man makes more than the president of the university- $3 million per year!  He has been fired for refusing the mandated vaccination.

From another site, a story about hospitals losing staff who refuse the vaccine mandate.

This shows that the Health Nazis in Olympia are deadly serious about their demand that all citizens of the state be vaccinated, regardless of their medical status, or whether they already have natural immunity from having recovered from the CCP Virus.  This situation shows that it’s no longer a matter of “public health”, but a matter of Control of the Population.  The state, and many local governments are perfectly fine with nurses, policemen, state patrol officers, ferry workers, and teachers being fired or dismissed from their jobs, for standing up for their individual liberty.  Dystopia is coming for Washington, and is already here is many places, with rising crime, homeless camps everywhere taking over parks, hospitals closing entire units for lack of nurses…

I am ashamed to live in Washington State, where many of my fellow citizens welcome Medical Tyranny.