Well, this one should be pretty easy, as I spend lots of time snuggling with my pet kitty, Kikyo, and more time photographing her.  In 2020, I even did a whole post entitled “Ten Years of Kikyo”.  She is named after a Japanese Anime character from the series InuYasha.  It’s about a present-day Japanese teenager, Kagome, who falls down the sacred well in her grandfather’s shrine, and ends up in the medieval period in Japan.  She meets up with InuYasha, who is a half-dog-demon, whose girlfriend is a high priestess named Kikyo.  Below is the real Kikyo, and you can see InuYasha in the upper left corner.

Our Kikyo is a beautiful black cat.  She is an indoor cat, and, believe me, she owns the place.

I took this yesterday, as she was playing around on her high cat tree.  She loves looking out the clerestory window.  In fact, back in 2015, I caught her absolutely mesmerized at something she saw out that window.  She held that pose for at least 10 minutes. 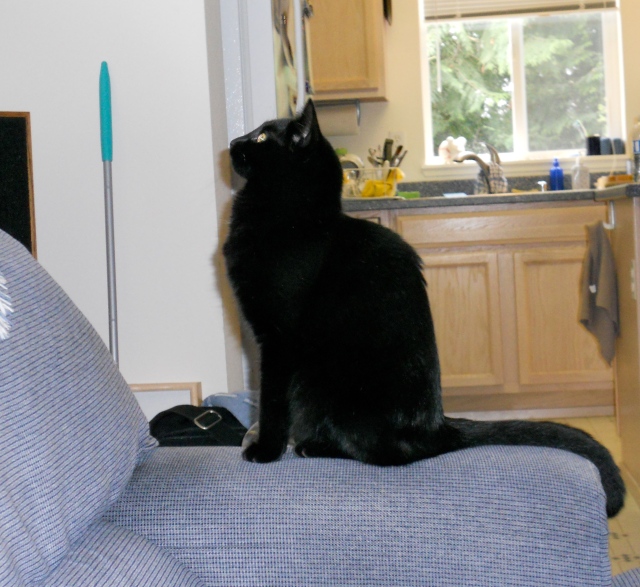 She looks absolutely regal.  Now, she has some other poses that are definitely not regal.  In think this has got to be the most undignified pose for a cat. 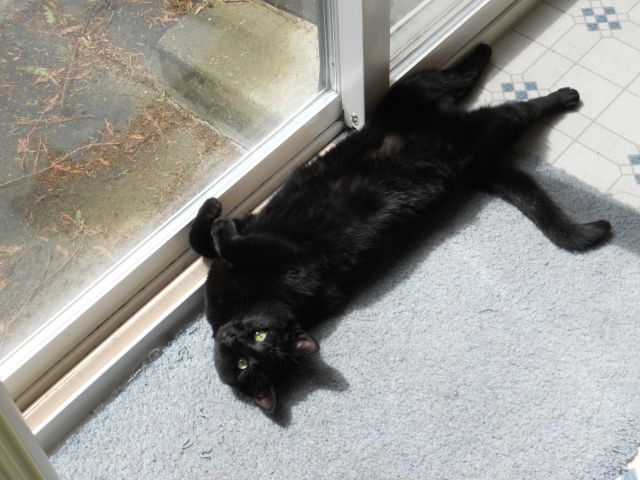 Lately, I call Kikyo my “fierce guard-cat”, when she keeps me company when I am at my computer.

Woe betide the intruder who tries to interrupt me while I’m working!

I do try to get as many candid shots of her as I can.  Just recently, I caught this peek-a-boo.

She has a low cat tree in the kitchen, where she can watch us at our meal.  I call this her “vulture” pose. 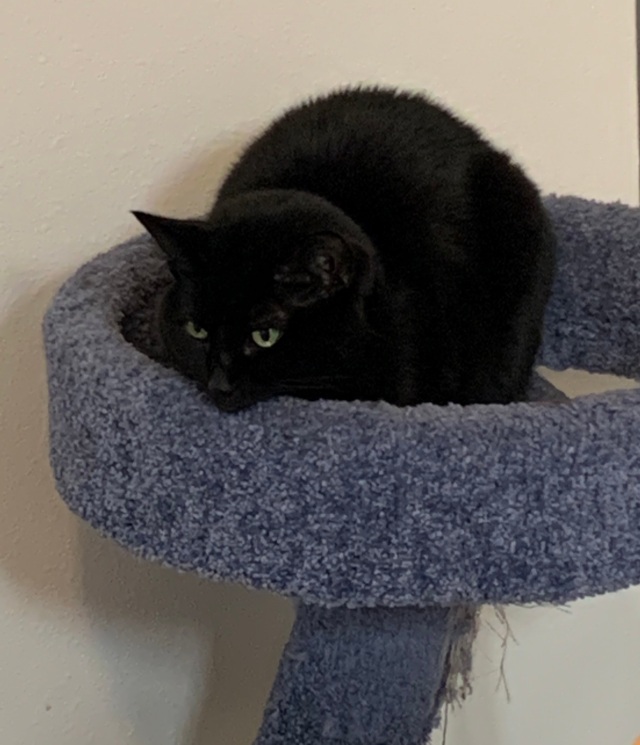 Kikyo has a toy-box, where all her toys are stored, and from where we dispense treats.  If she wants to play with one of her many toys, she has to fish it out of the toy box’s convenient holes.  On Christmas, we salt that box with a bunch of treats, and I took video of her getting them out (which she does in a very short time).

She also has a perch under the window in our bedroom, where she can watch outside, and relax. 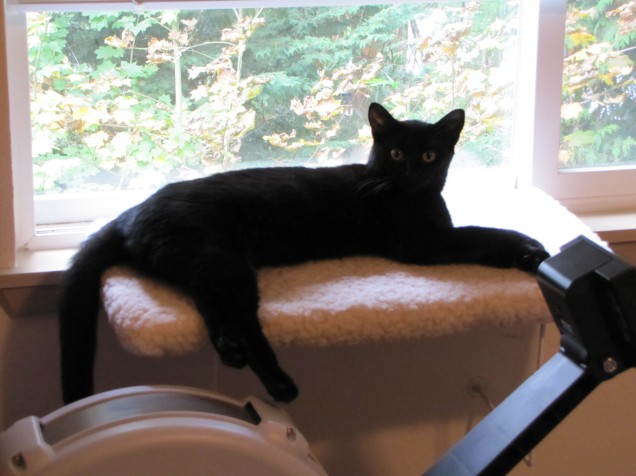 Our cat, Kikyo, on her window perch

Yes, I think you can say that we love our little pet.  She is the owner, and just lets us live here!