A Conservative Oasis in a Desert of Liberalism

Could anything be more ephemeral than a thundercloud in summer?  Here’s one in Mammoth Lakes, CA. 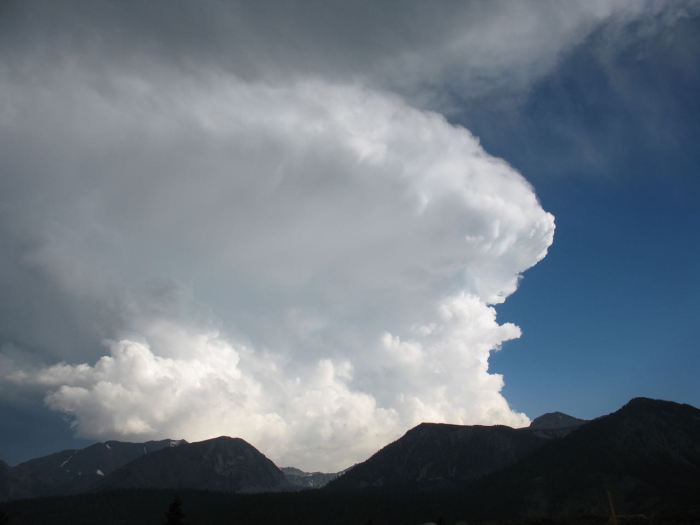 Have you ever met a politician?  Been friends with one?  I once went out to dinner with a group of friends, one of whom was a politician.  It occurred to me to ask if a politician can ever really have friends, or if everyone they meet or know is a vote to be won.  I wonder if this differs by party?  My guess is that Democrat politicians have no real friends.  They tend to think of everything in life as being political; they see everything and everyone through a lens of politics.  Republicans, on the other hand, tend to be more religious, and churches and synagogues are a part of life where you have something else on your mind other than the next election.  What do you think?

A couple of weeks ago, couture fashion designers Dolce and Gabbana gave an interview to an Italian magazine.  In that interview (excerpted here by the UK Daily Telegraph, by way of TruthRevolt), the two homosexual designers expressed their view that the nuclear family of a married man and woman was the best for raising children.  They stated that homosexual couples should not be raising kids.  This view has brought down upon them a flood of angry invective, and a boycott of their designs by celebrities like Elton John, Courtney Love, Ricky Martin, and Martina Navratilova.  It takes guts to go against the flow of modern society, and support the traditional family.  My kudos to Dolce and Gabbana, and I hope someday to be able to afford their clothes!

The Presbyterians have voted to recognize homosexual “marriage”. Their definition of marriage has been altered to read “commitment of two people, traditionally a man and a woman…”. This is a major Christian denomination explicitly defying the plain word of God as set down in the Bible (homosexual behavior being “an abomination unto the Lord”). How can people call themselves Christian when they reject the Scriptures? Maybe the Church has ceased to be a Church, and is now a political party.  I’m Jewish, and this makes me very sad.

I LOVE Apple products.  I am writing this on my iMac, listening to Rush on my iPod Touch.  When I travel, I take my iPad on the road to read email and post on RushBabe49 and Ricochet.  Hubby has a MacBook as his home computer, so we are an all-Apple family.  But I will never buy an Apple watch.  First, you need an iPhone to sync with it, and I do not own, nor do I need a smartphone.  Second, would YOU buy a watch whose hardware will be obsolete within months?  Would you buy a watch which needs its software updated regularly?  And, most important, would YOU buy a watch that needed to be recharged daily??!!  Yep, when you go to bed at night, you plug in your phone, and don’t forget to plug in the watch!  Well, my answer to all those questions is, most emphatically, NO.  I’ll stick with my nice, square, easy-to-read Skagen watch, that tells the time perfectly, and only needs a new coin-cell battery every two years or so.

So the mainstream (?) media are hysterical about a letter that 47 Senators sent to the evil mullahs of Iran, warning them that any “agreement” signed with Obama would be non-binding.  The media outlets are claiming that this letter disrespects the president and his office.

My question is, “Does THIS president deserve respect?”  He has demeaned the office since Day One, preferring to appear on late-night television rather than a news conference (at which the lickspittle “press” asks him softball questions). 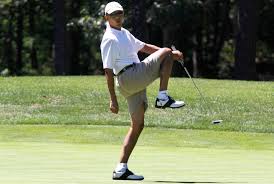 Is THIS “presidential” behavior? 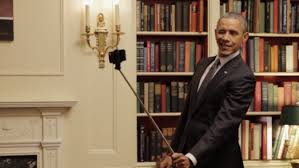 This is where he gives his most important interviews: 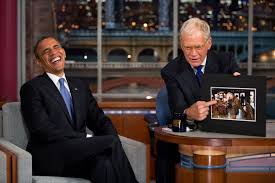 And then, there’s this:

If the current occupant of the White House wants the public to give him respect, he needs to EARN IT!

It is said that if the lawsuit currently before the Supreme Court (King vs Burwell) goes against the government, the entire structure of Obamacare will collapse.  Have you given this some thought?  The complete title of the act that is meant to destroy the world’s best medical-care system was called the “Patient Protection and Affordable Care Act”.  In it, the federal government mandated exactly which conditions all insurance companies are required to cover, including contraception at no charge to the patient, pregnancy, and pediatric dental work.  All persons in the US are required to carry one of the government-mandated policies, or pay a penalty (tax? shared responsibility payment?); all employers of over 50 employees are required to offer all their employees working over 30 hours a week medical insurance; and those who cannot afford the government-mandated coverage have been offered tax credits to help them pay for the medical insurance the government requires them to have.

The law plainly states that those tax credits apply to those people who buy coverage through an exchange (marketplace?), operated by THE STATE.  On its face, this does NOT include those states who decided not to set up their own, very complex, exchanges, who opted to throw their citizens onto the federal exchange, Healthcare.gov.  Well, in its infinite wisdom, the IRS, who administers those tax credits, determined that those people who use the federal government exchange, are indeed entitled to the tax credits.  Just what are those tax credits designed to do?  They are a way of making the VERY expensive, government-mandated, medical insurance, “affordable” to lower-earning households.  Basically, they take tax dollars from middle-income taxpayers who can afford the higher premiums, and direct them at those who cannot.  So, if the UnAffordable Care Act’s subsidies are determined by the Supreme Court to be ONLY applicable to citizens of states that run their own exchanges, all those citizens who live in “no-exchange” states would immediately have to pay full freight.  Might that make them, and you, really think about the effects of Obamacare?

Maybe, just maybe, the Affordable Care Act is manifestly NOT affordable.  Maybe those lower-earning households will get a taste of the real Affordable Care Act.  Maybe, those Obamacare supporters might become opponents when they actually have to pay for it themselves, instead of their neighbors paying for their policy.  Oh, and those big health-insurers, like Aetna and UnitedHealth, will regret going along with the Obama administration, when thousands of their policy-holders cancel the “insurance” that they can no longer afford.