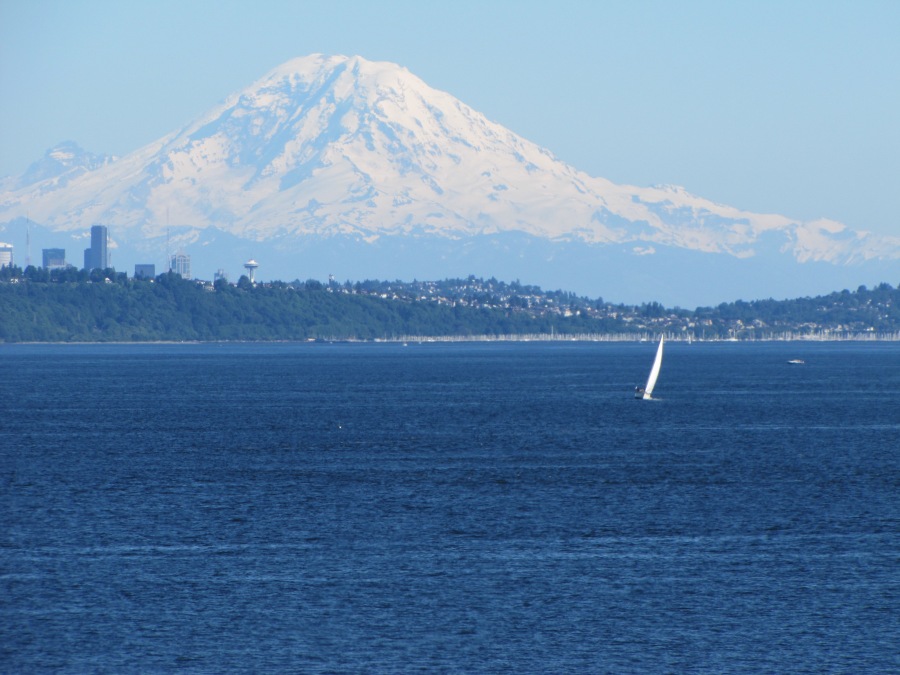 I have lived in Everett, 20 miles north of Seattle, for eighteen years.  Each passing year makes me happier that I moved out of Seattle.  There are constantly stories in the local media demonstrating how the cost of living in Seattle has increased so much it is pricing residents out.  People who live in Seattle most of their lives cannot afford to live there when they retire.   The median price of a house in Seattle is approaching a Million Dollars.  Average rents on apartments in the city are over $1,000 per month, and going higher.  The city has such a large population that it basically runs the state.  Things Seattle wants are imposed upon the entire state, or on Western Washington.  Sound Transit III has imposed new property taxes, sales taxes, and car-tab taxes on most of the surrounding area, when the “choo-choo-train” won’t reach out of Seattle for many years.  I especially resent having to pay for something that I will NEVER use, ever.  But that train is already killing people!

Then, there’s the crime problem, and the “homeless crisis”.  Many neighborhoods in Seattle, and even cemeteries, are being overrun with homeless encampments.  Those eyesores leave behind used needles and other drug paraphernalia, and piles of garbage and human excrement.  “Community Fed Up as Homeless Campers Turn Cemetery Into Dumping Ground” appeared in the local press today.  The city has approved homeless people living in their cars and RVs around the city, and that too brings crime and drugs into neighborhoods.  And the Seattle Police have stopped responding to property crimes, just telling residents who are burglarized to submit their claims online.  That is sick.

Speaking of drugs, nearly two years ago, Seattle and King County approved the establishment of so-called “Safe Injection Sites”, where users of (illegal) injectable drugs could come and shoot-up under the supervision of licensed medical personnel.  Just imagine, legal, illegal Heroin Dens, right in Seattle for the convenience of junkies everywhere!  By the way, community residents attempted to get a ballot measure approved, so the residents of Seattle and surrounding areas could have a say in this matter, and a judge determined that the People had NO SAY in whether there might be an addict-attractor in their neighborhood!  Apparently, those who live in Seattle have been deemed not competent to run their own locality.  Since, at last count, heroin remains a federal ILLEGAL DRUG, and opening a legalized heroin den would be subject to Federal law-enforcement, once a heroin den opens, lawsuits are sure to follow.  Per a local TV station, the city still has not decided on a location for their site, and some council members are getting antsy. Hey, I have a great idea-how about locating the first one in Councilwoman Debora Juarez’s neighborhood!  She’s so keen on it, she should be able to watch it work.

Next week is the last week of April, and you know what that means.  May Day.  Seattle, each year, is the home of large May Day “demonstrations” and “protests”, which are, in reality, riots.  Downtown Seattle merchants are forced to hire increased security, and sometimes board up their windows, to guard against the near-certain destruction by the known “Antifa” thugs.  And the Seattle Police stand by and let it happen.  Cars and businesses are trashed, at owners’ expense, so the anarchists can demonstrate their power.

Seattle is the home of Amazon.com, and the City Council just can’t stop coveting their wealth.  The latest bright idea thought up by the social justice warriors that govern (?) the city is a “head tax” to be levied on employees of the largest companies with employees in the city.  They want to collect a tax PER HOUR for every employee of a company making more than $20 million.  You know this is aimed directly at Amazon.  They say that the tax is expected to bring in up to $75 million a year, to be used for the homeless crisis.  Obviously, the City Clowncil has never heard of the law of economics that says the whatever you tax, you get LESS of.  They just think that companies will sit still and let themselves be taxed for the Privilege of locating in Seattle.  I wonder how the people who run Russell Investments and Weyerhaeuser, who just moved their offices into Seattle, will like this big new tax on their employees?

This is no longer my city.

4 thoughts on “This Used to be My City..Welcome to 21st Century Seattle”