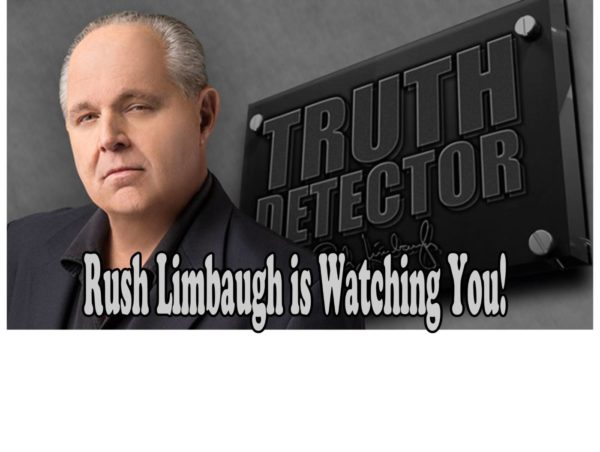 Their hatred for Rush Limbaugh is thoroughly disgusting.  We knew this would happen once Rush was gone, but it only took a few minutes before the slimy, soulless worms crawled out from under their rocks to pour their vitriol upon Rush and all he stood for.  May THEY all rot in hell.

Liberals and Progressives Cheer Death of Rush Limbaugh  Take a look at the disgusting tweets.  These are not people, they are devils.

The Twitter Mob, which Rush mocked on a daily basis, are proving how much they are worth.  That would be, less than Zero.  They are so predictable!  And horrible.

A good blog post from over at American Thinker:  The worst people in the world.

Well, my Hero Rush Limbaugh is sitting in Heaven now, letting all the slime and spit roll right off his immortal soul.  He is sitting there, with God, laughing.  Doing what he always said to do when anyone says bad things about a person-laugh at them!

8 thoughts on “The Mainstream Media and Twitter Mob are Despicable!”