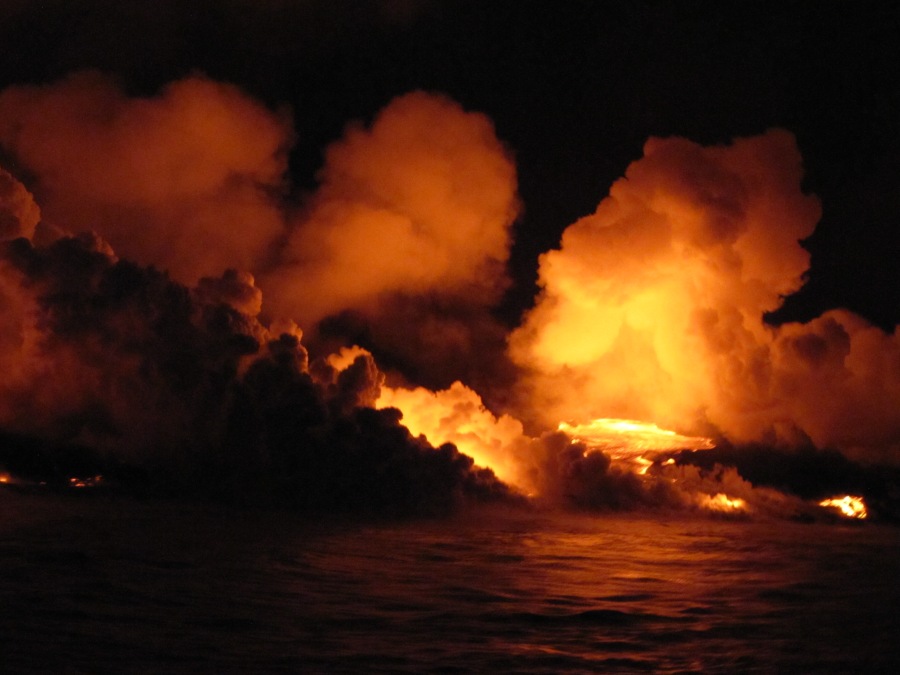 I don’t know of a more memorable event in my long life than the eruption of the Kilauea Volcano in Hawaii, that we saw from the deck of the cruise ship Crystal Symphony in the summer of 2018.  The volcano had been erupting for a few weeks before we got there in mid-July, and we had an idea that we’d get to see it.  We departed from Hilo at around 6:00PM, and headed around the big island in a counter-clockwise direction, at a leisurely pace.  At about 9:00PM, we rounded the final bend in the coastline, and were treated to the sights below.  It was the most spectacular sight that most of us had ever seen-the ultimate demonstration of the sheer power of Nature. 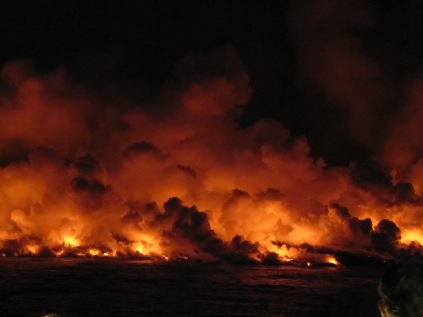 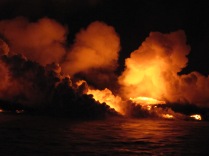 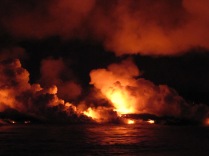 We stood off the shore for about an hour, watching the eruption, smelling the “fire and brimstone”, and hearing the hiss of the hot lava hitting the salt water.  The naturalist on board kept up a running commentary.  It was definitely a once-in-a-lifetime experience.  After that hour, the ship’s captain came on the PA system to say that we would have to leave, as the water a mile offshore was becoming too hot for the ship’s engines, which are partially cooled by the water under the hull!

On that same trip, on the island of Maui, I captured another memorable scene.  I had to look very closely to see how memorable this was, and I’d venture to guess that most other tourists and shoppers missed it. 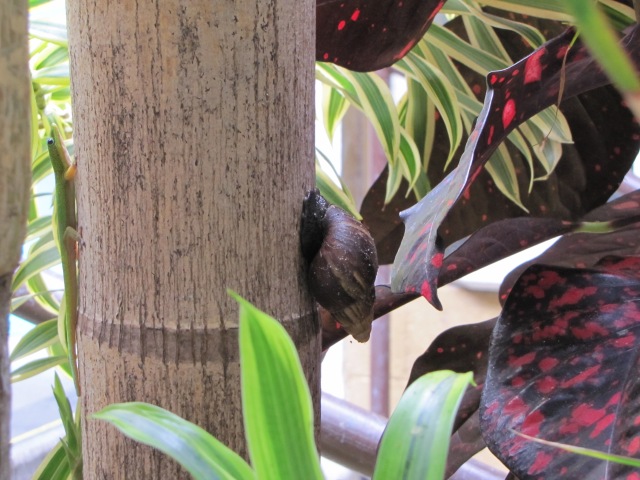 I bet no one else looked closely enough to see the big snail on the right side of this tree trunk, and the green lizard on the other side.  Only in the tropics!

My other most memorable event was on our cruise to Alaska in 2016.  We cruised up to the Hubbard Glacier, and watched it “calve”, or throw off big chunks of ice. 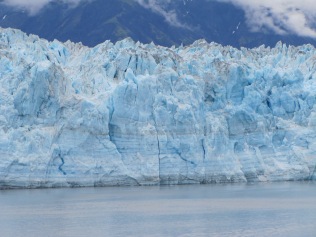 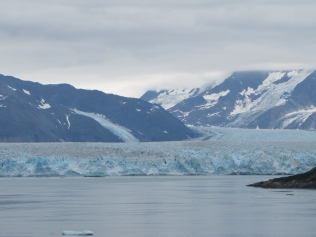 You can really see how that glacier is a river of ice.  And it really is that blue color.

An additional note, regarding those cruises.  Both were on Crystal Cruises ships, and we were fortunate to take them when we did.  This past weekend, the parent company, Genting Hong Kong, declared bankruptcy, stranding the Crystal Symphony in the Bahamas.  It looks like the cruise line will be liquidated entirely.  What a shame.  Memorable, and I think I’m glad I didn’t get photos of that.

Here’s the Link to the original post for this week.