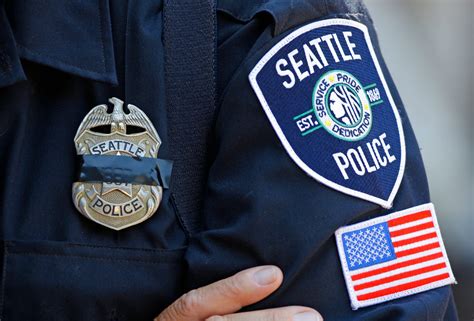 For decades, but increasingly in the past three years, the Seattle Police Department has been beleaguered; despised by the city government (made up of Leftists who still think of police as “pigs), mistrusted by the black community (the unacknowledged source of a majority of criminals), and under a consent decree initiated by the Obama (in)Justice Department for its allegedly discriminatory treatment of minorities.  Due to CCP Virus pandemic restrictions and vaccine mandates, as well as the previously-described problems, Seattle police officers have been resigning and retiring in droves, unwilling to put up with the constant drumbeat of dislike and distrust from the community they attempt to serve.

Here is the most important quote from that article:

Representatives from the city’s Office of Police Accountability, the civilian-review board, and the Office of Inspector General were dispatched to the scene to launch a probe into the fatal officer-involved shooting, according to the police statement.

Now, before even asking about the perpetrator of the shooting, the City immediately dispatches its Police Oversight Apparatus to the scene of the crime, determined to, first, investigate the Police Response, and only later, to worry about the actual crime committed.  The assumption going in is that the police response to crime must be investigated.  If you were a Seattle police officer, just what would you be thinking right now?  Might you be thinking that the city authorities are ready to put the blame for a shooting on the Law Enforcement Officer, prior to worrying about the suspect who fired his rifle before ramming his vehicle into the Seattle Federal Building?  The police were responding to “reports of shots fired”, before they even arrived!

And this kind of a response is what Seattle Police have been dealing with for a very long time.  The Left who run Seattle think of law-breakers as victims, of Society and of the Police.  That attitude makes it extremely difficult for law enforcement to do their job.  Maybe that’s why Seattle is plagued by rampant crime, including theft, assault, murder, burglary, and shoplifting.  The streets of downtown Seattle (and many outlying neighborhoods) are overrun with homeless tents, where drug-using and dealing are rampant.  The King County Courthouse is surrounded by homeless too, and judges, jurors, and county employees are under threat of assault on a daily basis.

So, when an officer shoots a perpetrator, the city response is to send in the Police Accountability investigators.  This situation cannot continue, and Seattle will see increasing resignations from its police department.  That would be a rational response, in my opinion.

Is it any wonder that I refuse to set foot in Seattle?

2 thoughts on “Will this “officer-involved shooting” be the last straw for the Seattle Police?”