I LOVED it!  We went to see the movie of Fantastic Beasts and Where to Find Them over the weekend, and it was great.  The characters were believable, the scenery of 1920’s New York was excellent, and the action was non-stop.  I admit that I had lots of peeks at the movie from reading on Pottermore over the last few months, and everything I read just whetted my appetite for the movie.  I especially like both of the actresses who played the Goldstein sisters.  I have the book of Fantastic Beasts, and I re-read it before we went, to make sure I knew what the beasts were.  Unfortunately, the book has no illustrations!  Someone needs to issue the definitive color-illustrated  “Fantastic Beasts” book. [Are you listening, JK Rowling?]  I know the beasts were all computer-generated, but they were very cute just the same.  Meet the Demiguise: 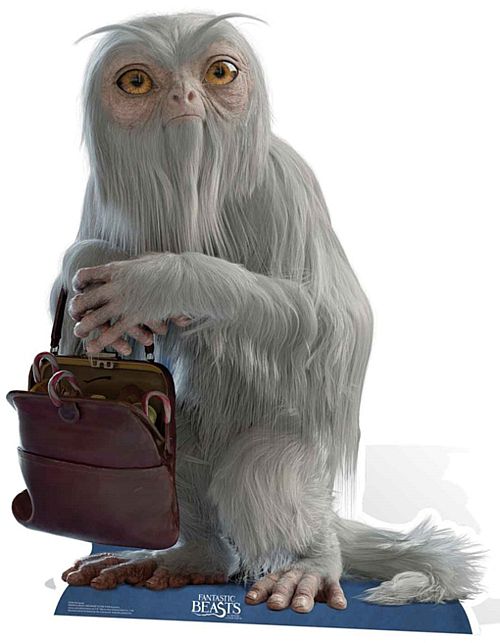 In any case, all you Harry Potter fans out there should hie yourself to the nearest theater and see Fantastic Beasts and Where to Find Them.  And there’s a long weekend coming up, so you have no excuses!

On that day, worldwide Radical Islam escalated the ongoing war on the United States of America (and the rest of Western civilization), the nation that has been a beacon of hope and prosperity for over 250 years.  For the past eight years, we have ignored that war, and turned our backs on Christians and Jews everywhere who have been murdered in the streets of Paris and Jerusalem, and even in their beds.  And the current administration undermines the USA, freeing dozens of terrorists from Guantanamo to return to the jihad they wage against us.

We must never forget those who perished on September 11, 2001, in New York, Washington D.C., and Pennsylvania.  May their lives not have been in vain.

And a big Thank You to Michael Ramirez, whose work honors them, and us.

In the summer of 2006, after my orchestra played Carnegie Hall, my husband and I spent a couple of weeks touring around upstate New York.  We visited Revolutionary War sites, including the battlefield at Saratoga, and Fort Ticonderoga.  This is a view of Lake Champlain, seen through the frame of a window in one of the well-preserved Fort buildings (the mess hall). 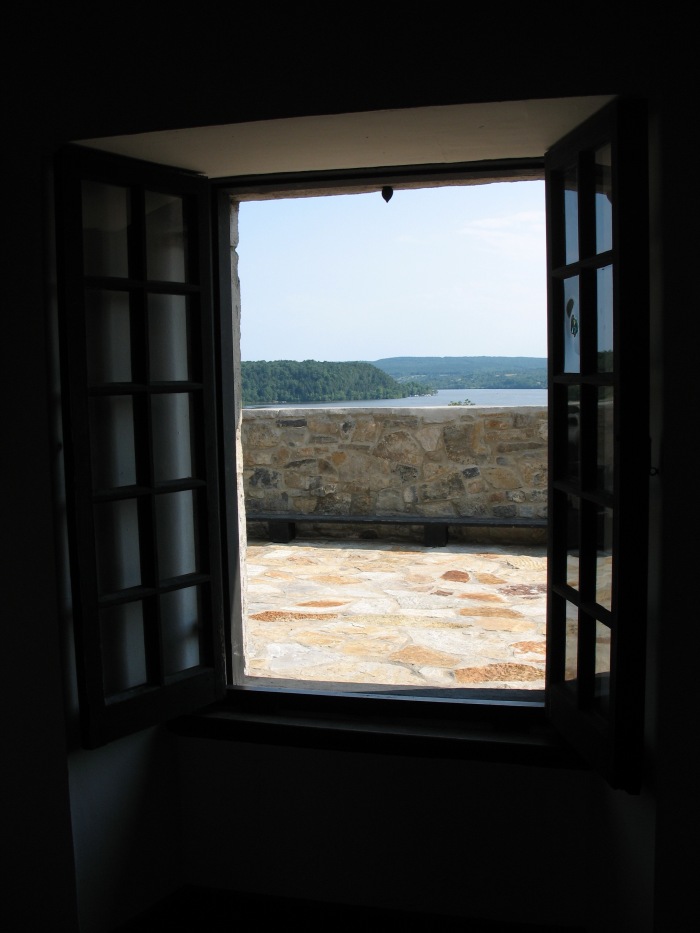 On September 11, 2001, the most horrible act of Islamic Terrorism was perpetrated against our country. A well-rehearsed team of Islamist Fanatics commandeered commercial jetliners full of innocent civilians, and deliberately flew them into the two towers of the World Trade Center in Lower Manhattan, in the city of New York, the Pentagon in Washington, D.C., and a field in Pennsylvania (that could have been much worse, but for the bravery of the passengers).  Nearly 3,000 people were murdered that day.

The forces of Radical, Jihadist Islam must be destroyed, wherever they are.

In The News Today:

US Senate Majority Leader Harry Reid, under FBI INVESTIGATION for giving campaign money to his granddaughter.

In The Recent Past:

Ex-Mayor of Detroit, Kwame Kilpatrick, CONVICTED and sent to prison for Public Corruption.

Three Mayors of Camden, New Jersey, have been ARRESTED on Corruption Charges.

So what do all of these corrupt, disgraced politicians have in common?  THEY ARE ALL DEMOCRATS.  ‘Nuff Said.

This speaks for itself.

Even the “mainstream” media are having trouble demonstrating what a wonderful thing it will be to have the government take over your health care. [it’s coming-this is just the first step]

This is a very pertinent question these days, when we hear daily of transgressions against us by our Intelligence Services, the Tax-collecting agency, and our own Justice (?) Department. When the powers-that-be on all levels of government are delegating more and more quasi-legislative power over us, to un-elected bureaucrats. When even the federal Department of Education has its own SWAT team! You may protest, you may complain, you may write letters to the editor, but you may not change the Rules. Herewith are some examples.

–> The City of New York has a crime rate that has shrunk dramatically in the last few years. This has been the result of much better crime-data gathering that led to better concentration of policing in high-crime areas. More cops right on the street, becoming known to the locals, so they felt comfortable with the police, and would come forward with information when needed. And NYC has an enforcement method called “Stop, Question, and Frisk”. When a policeman sees a person acting in a suspicious manner, he may stop the person, ask them what they are doing, and if the answer is not acceptable, only then do the Frisk the person. According to NYC officials, this system works well, often catching potential wrong-doers BEFORE they do wrong.
Well, a group of the usual “minority suspects” (including our favorite, Al Sharpton), have sued the City to stop that crime-fighting policy, based on the “disparate impact” of the policy on minorities, i.e. more minority people than white people are being “stopped and frisked” (note the absence of “questioned”). No mention of the fact that, perhaps, more minorities than whites were exhibiting suspicious behavior! And this even in a city that has a large number of minority cops! So if the suit is successful, the city will be forced to abandon a crime-fighting policy that demonstrably works, and the mostly-minority residents will again be subjected to being preyed-upon by their own (criminal) gangs.

–> The federal Equal Employment Opportunity Commission (EEOC) has issued “enforcement guidance” saying that businesses may not employ criminal background checks when screening potential employees. So now businesses must choose between risking federal lawsuits if they initially reject someone with a criminal conviction, and risking losses if an employee with a conviction on his record steals from the employer, or ruins his equipment.

–> Your local government institutes zoning laws that essentially tell you what you may and may not do with your own property. Farmers lose the use of whole acres of their land to rules regarding how far they must be from waters, even those waters totally enclosed by their own boundaries. Property owners are told which trees on their land they are prohibited from cutting down, and what percentage of their property they may cover with buildings.

–> The Consumer Financial Protection Bureau tells your bank what they may and may not charge you if you overdraw your account (even though you voluntarily engage in the banking relationship).

–> The new ObamaCare regulations require businesses that provide health insurance to their employees to provide contraceptive services at NO CHARGE to the employee (meaning that the employer must pay for it).

–> The State dictates how many hours per day you may work, and dictates that you must take a lunch break. Your employer is afraid of the state coming down on them if you do not take lunch!

–> The US Department of Justice allows injustice by refusing to prosecute New Black Panthers who engage in verified voter intimidation at polling places, and refuses to stop illegal immigrants from crossing the porous borders.

–> The president, by executive order, enables illegal alien youth to go to college on taxpayer money.

–> The National Labor Relations Board, whom an Appeals Court has ruled has NO quorum, continues to promulgate rulings that favor their Labor Union buddies at the expense of private employers.

–> And perhaps the worst of all, the Internal Revenue Service continues to target conservative groups seeking tax-exempt status for extra scrutiny, thus silencing their voices. The IRS has the unchecked power to simply ruin any citizen by seizing their property, freezing their bank accounts, garnishing their wages, and shutting down their businesses. The power to tax is the power to destroy, and it happens all across America.

So what do you think? Are we still free-born citizens of this Greatest Nation on God’s Green Earth, or are we now simply Subjects of all-encompassing Government?