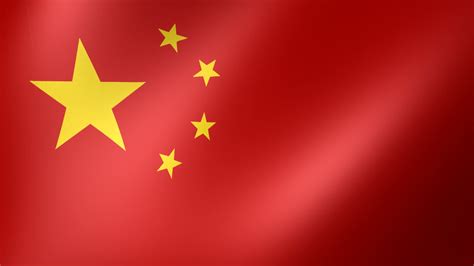 What’s wrong with this picture?  Since 1949, China has been ruled over by the Communist Party.  The most prominent feature of Communism is “State control over the means of production”.  That means that the Government (the State) owns, or controls, the Economy.  In the 1960s, after the death of Mao Zedong, his successor Deng Xiaoping relaxed some of that State control, and unleashed what some have called the “Chinese miracle”.  Funny, but when people have some control over their economic decisions, economies tend to grow, and if the contrast between previous state control and lessening of that control is wide enough, economies and wealth can grow very quickly.  That is exactly what happened.  Side-effects, of course, have been horrible pollution of the environment, over-building of housing in some big cities, and wildly-gyrating prices for real estate and other goods.

With the rise of the Internet, the online economy also grew exponentially.  The Communist Chinese government recognized very early that they would have to heavily regulate the Internet, so Chinese citizens wouldn’t ask why others had the freedom they lacked (see: Tienanmen Square).  Hence, they built the “Great Firewall of China”, so their people have been denied Google, Facebook, and other Western social media.  However, their own huge economy spawned dozens of their own Internet Giants, such as Baidu, Tencent, Alibaba, and Beijing ByteDance.  Those companies, and their charismatic leaders, grew extremely quickly, and took over large swathes of the Chinese economy.  They made themselves ubiquitous in society, commanding high percentages of users’ daily lives with their easy e-commerce, social media, and electronic payments for everything.

In 2012, Communist China got a new head of state, Xi Jinping.  He looked around himself at the Chinese economy, and became somewhat worried that those charismatic leaders of the big Internet companies might be becoming too powerful.  Having already brought the government bureaucracy and the military under his personal control (with mighty campaigns against corruption that claimed hundreds of functionaries), it was now time to turn his attention to those companies whose power seemed to eat into the power of the State.  In the recent past, many Chinese companies have “gone public” on Western stock exchanges, not just the Chinese exchanges in Shanghai and Hong Kong.

The incident that brought this state of affairs to the attention of the world happened in November of 2020, around the time that Ant Group, the financial arm of Jack Ma’s Alibaba, was about to issue an Initial Public Offering of stock (IPO), on the New York Stock Exchange.  This IPO was expected to make many billions of dollars for the company and its CEO, and it attracted many eager potential investors all over the world.  To the major dismay of all those eager investors, just a few days before the IPO, the Communist Chinese Government brought it to a screeching halt.  This flabbergasted everyone, and the press stories were numerous.  The reason given for the abrupt stop was “regulatory review”.  Actually, the proximate reason for this halt was a speech that Jack Ma had given before a group of businessmen, where he mocked the government, and its supposed lack of knowledge about his business.

But that was just the “public” reason.  The real reason for stopping that overseas IPO was Power.  Xi Jinping and his Politburo, had become alarmed by the total volume of customer data being compiled and owned by the company-data more voluminous than even the Communist Party had on the majority of Chinese citizens.  Now, it is plain that no “private” concern could be allowed to retain data, more, and more-detailed, than the Communist government itself had (and it is well-known that China maintains a huge social-credit system on all of its citizens).  Xi Jinping had been waiting for just such an opportunity to remind the big internet businesses just who was Boss in Communist China.  The Communist government regarded Ant Group’s business model as dangerous to the Chinese financial system, being that it was outside of formal government control.

The heads of all the big Internet companies were ordered into meetings with the government, where they were “read the riot act”, and warned that their businesses would henceforth be under much tighter scrutiny by regulators.  Of course, all the CEOs issued statements of humility, and that they were re-evaluating their business models and procedures based on the increased scrutiny.

I think it is very interesting that all those worldwide investors were so taken by surprise.  Personally, I have watched with interest as the Wall Street Journal has, for months, in their “news” reports on the Communist Chinese economy, continually praised the country’s fast-growing economy and companies.  They seem to forget that China is a Communist Country, run by a small group, and headed by a newly-powerful Dictator who has accumulated a great deal of power to himself.  They also appear to believe all of the statistics coming out of China, including the rosy news about how the country has dealt with the virus that they created.

Just this week, the Communist Chinese government has pounced on one of its big companies going public in New York.  Didi Chuxing is the “Uber” of China, and has a huge ride-hailing business all over China and elsewhere in Asia.  They, too, planned a large IPO, and last week they went ahead with it, against the proddings of their own government Cyberspace Agency to do a “security review” first.  Less than 48 hours later, the Communist Chinese Cyberspace Agency pounced on Didi, and essentially stopped their business dead in its tracks.  The government demanded that Didi accept no new customers and they forbid all the app stores in China from allowing the Didi app to be downloaded.  Needless to say, their newly-public stock tanked almost immediately.  Many investors expressed dismay that the company did not note that their business might be threatened by regulatory problems.  Investor lawsuits have already been filed.

Another issue affecting Chinese companies listing on overseas exchanges is the US pending rule that would require foreign companies to use US audit rules, making sure that US regulators had complete access to foreign auditors and their findings.  For some reason, the Communist Chinese don’t want US regulators poking around in their companies’ audits!  Here’s a quote from a WSJ article:

Many technology startups…have given priority to growth and expansion over regulatory issues surrounding data collection and security, which is becoming a focal point for Beijing.  “Investors are starting to realize those issues could turn into problems too big to fix if they are not addressed”, Mr. Liao said.

And the WSJ said this week:

It is now crystal clear that the government sees security and curbing internet firms’ market and political power as much higher priorities than helping them access capital, even though they have been big job creators.  That is particularly true given Beijing’s new obsession with semiconductor independence and with keeping the economy focused on manufacturing rather than services:  It wants cash going into microchips and robotics, not online grocery delivery.

And what the Government wants is obviously more important than what the Chinese people or companies want.

So, all you investors out there who bought Chinese stocks, let the buyer beware.  Because, in the end, the most important fact is that:

One thought on “Communist China acts like a Communist Dictatorship. Worldwide investors, including Americans, are surprised.”