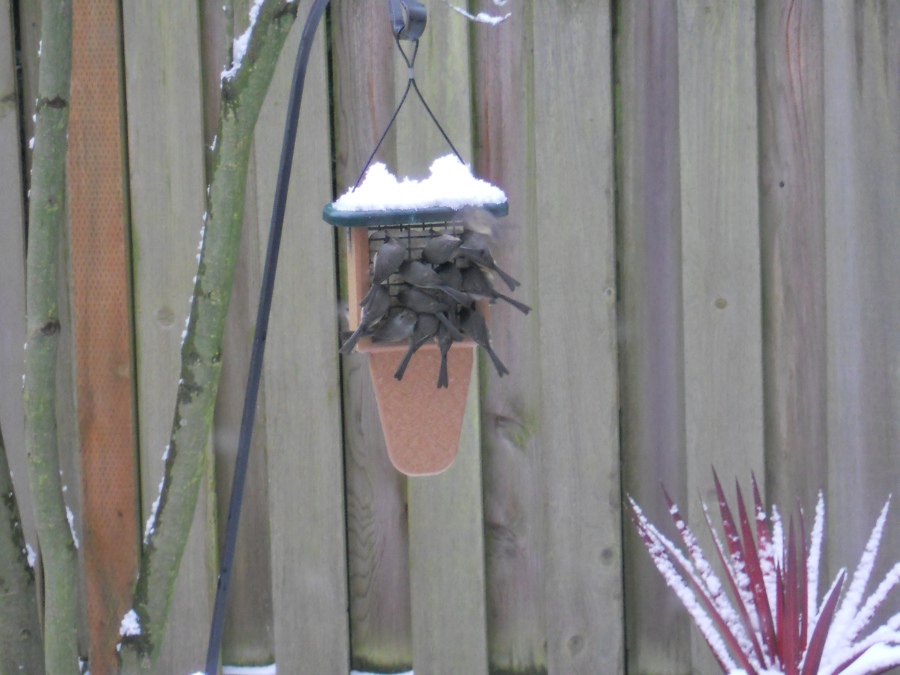 I had to give this one some serious thought, but in the end it had to be this one.  Think of a photograph as a “captured moment” in time, one that will never occur again.  I think that this photo is the most unusual and fortuitous of any picture I have taken, before or since.

I’ve seen flocks of bushtits in our yard since I took this in 2012, but never that many at one time.  They are just the cutest little birds!

Second favorite is this one, from 2011.  It is just so evocative of silence, with all sounds muffled by the blanket of snow.  The light is just right, too.