With Antifa and Insane abortion promoters firebombing women’ clinics; perverts celebrating their perversion in the streets of many cities, and Supreme Court Justices being threatened with death, I thought I’d try to add some beauty to take your mind off all the filth.  Below are some photographs of my state, Washington’s rural areas, whose natural beauty never fails to amaze me.

Just yesterday, we were driving around the East Side of Lake Washington, and hubby decided we needed to visit the former Carnation Farms.  Carnation used to be a major local provider of dairy products to the Pacific Northwest.  They were bought out by Nestle, who eventually closed them down.  Here’s the old Carnation Farm. 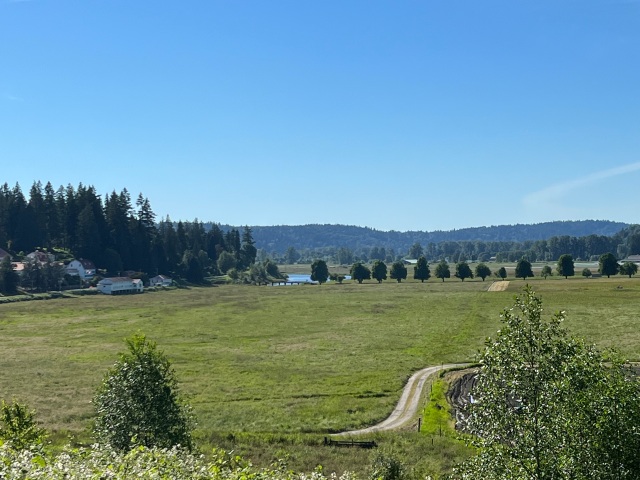 The Skagit Valley, just north of where we live in Everett has some of the most fertile soil in the state, and produces vegetables, fruits, and the trusty tulips.  Here are a few scenes from my Skagit trips over the years. 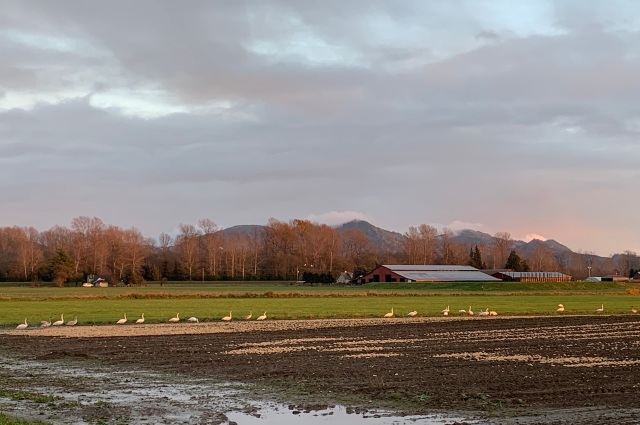 Eastern Washington, on the other side of the Cascade Mountains, has its own kind of beauty.

These new “landmarks” are just over the Cascades near Ellensburg.  Farmers and ranchers whose fields suffer from drought can make money from leasing their lands for windmills.

You’re probably already aware that Washington has been one of the prime producers of apples in the world.  This is an apple orchard in Wenatchee, on the west side of the Columbia River.

Not too far away, on the East side of the Columbia River, you see the new cash crop that is replacing those old orchards: vineyards growing wine grapes for the extensive Washington wine industry. 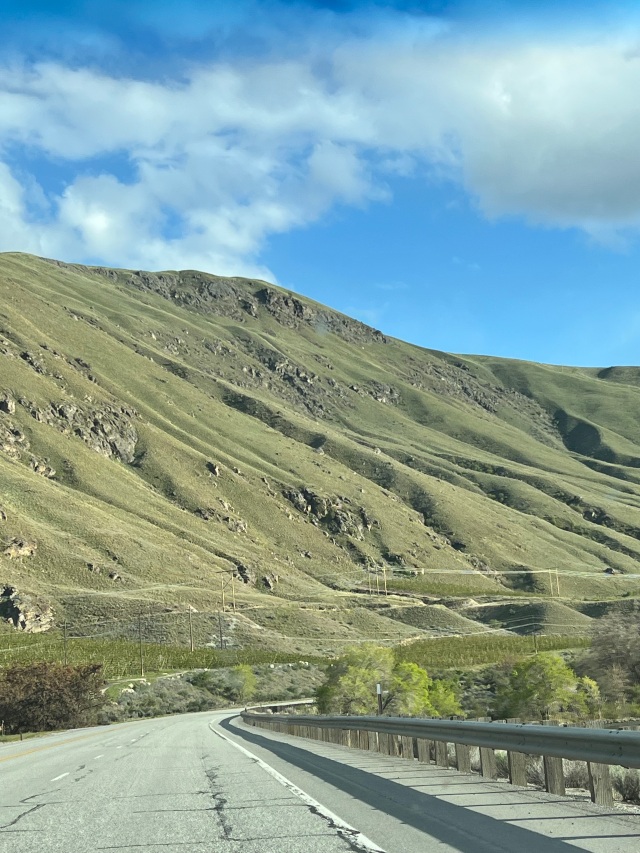 This hillside is just across the Columbia from Wenatchee, in East Wenatchee.  I just love this kind of terrain, and we have a lot of it in Eastern Washington.  You can also see orchards on the left of the photo at the base of the hills.

These farm scenes are from the vicinity of Waterville, on the high plateau overlooking the Columbia River.  Also near Waterville, I spotted a feature that made me smile.  A farmer found a huge boulder in one of his fields, too big to be moved without blasting it into smaller pieces.  So, he left it in place, and improved its surroundings.

The boulder was left behind over 10,000 years ago when the glaciers receded.  It almost looks like a sculpture. 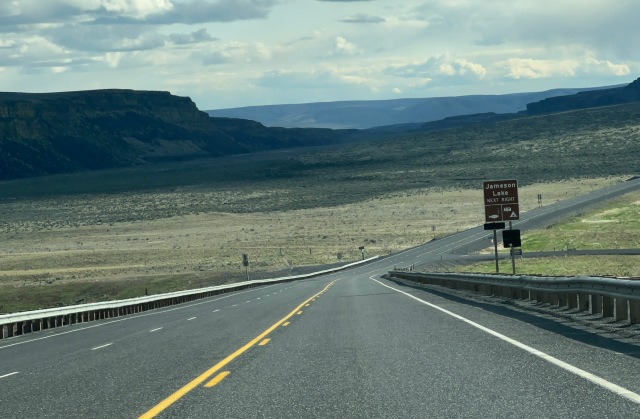 Speaking of glaciers, the road from Waterville down to the river goes through some dramatic terrain, scoured by the ice. 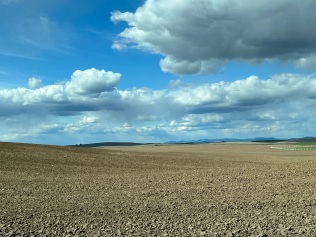 This farm is near the town of Davenport.

Farther east is the tiny town of Almira, and its bright green fields.  I also noticed the rain clouds in the distance-someone was getting rained on that day.

This mixed terrain is near the town of Wilbur.  Notice in the foreground, a gully with what looks like columnar basalt lining the walls.  Just a bit farther back, you can see the green of crops growing.  Eastern Washington farmers use every bit of arable land they can, even if their fields aren’t standard shapes!  And they get irrigation water, as well as power, from the dams along the Columbia River.